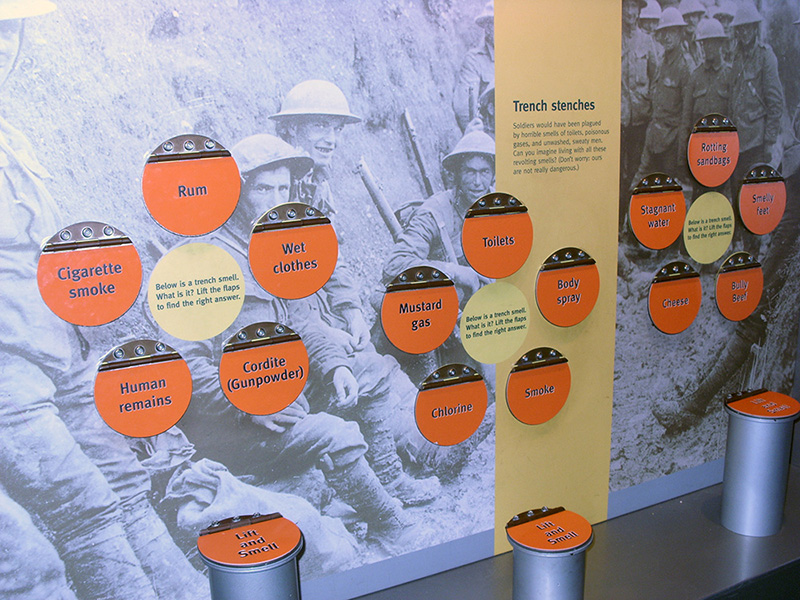 On Christmas morning, my nephew (and fellow historian) received a bottle of Jockey Club cologne — a scent used by John F. Kennedy. It evoked memories of 1950s barber shops and the era of Mad Men. The smell of history is a sense that is most often missing from our interpretation of the past. We try to do emotional archaeology, connecting our hearts, as well as our heads, to the past, but neglect the nose. Richard J. Stevenson, writing in The Multisensory Museum, argued, “Olfaction per se is the most emotionally evocative sense.” Trygg Engen, in The Perception of Odors, bluntly states: “Functionally, smell may be to emotion what sight or hearing are to cognition.”

Smell can evoke pleasant memories. Jane Stuart Woolsey, recalling an Easter Sunday during the Civil War, recalled, “I remember the keen impression made by little things. I can smell the lilacs now.” Having read (and edited) numerous memoirs from Civil War nurses, many recalled the scent of death hanging over the battlefields and hospitals. Emily Souder, writing from Gettysburg, covered her ears with a pillow at night, hoping to block out the cries from a nearby hospital. She wrote, “But who shall describe the horrible atmosphere which meets us almost continually? Chloride of lime has been freely used in the broad streets of the town and to-day the hospital was much improved by the same means; but it is needful to close the eyes on sights of horror and to shut the ears against sounds of anguish and to extinguish, as far as possible, the sense of smelling.” Cornelia Hancock, another caregiver, wrote: “A sickening, overpowering, awful stench announced the presence of the unburied dead upon which the July sun was mercilessly shining and at every step the air grew heavier and fouler until it seemed to possess a palpable horrible density that could be seen and felt and cut with a knife.”

As I begin work on a World War I exhibit for the Brown County Historical Society, I turned to the two recent attempts to evoke life in the trenches: Dresden’s Military History Museum and the Imperial War Museum in London. Both tried to recreate the smells of war. I think there is a place in the forthcoming exhibit in New Ulm, and I’ll continue to blog about attempts to accurately reproduce the scents of one hundred years ago.