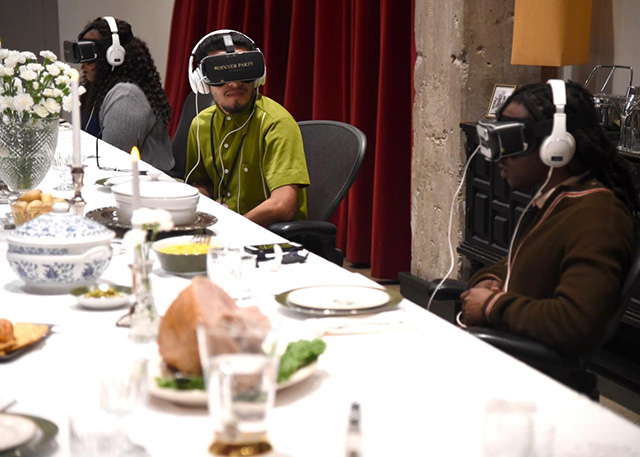 With virtual reality and augmented reality standing on the verge of popular adoption, this might be the Thanksgiving of the future. The technology, though, is advanced enough to make it inaccessible to small historical societies and museums. I saw two attempts this weekend. The Galena and U. S. Grant Museum promoted its holograms of Ulysses and Julia Grant — intended to serve as orientation. It was not a hologram, but a video projected on black curtains. The script also fell short, as the Grants explained what visitors would see in the museum, obviously not in character. Over in Dubuque, I visited the National Mississippi River Museum, a wonderful complex, where I watched a National Geographic film on the Lewis and Clark Expedition. Great story, although, as is often the case, the journey to the Pacific is highlighted and the return adventure barely mentioned. What interested me was that it was promoted as a 4D experience. Which it wasn’t. No 3D glasses. Instead, at key points, rumbles under the seats as a storm approaches, quick sprays of water in the rapids, and wind on the mountaintops. Interesting but a gimmick. So I’m not sure where the new technology will lead us in the field of history.